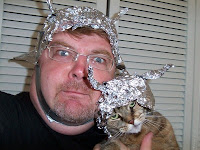 You wanted the BIG time Obama — well, you got your wish from the Patriots at American Grand Jury. 172 Grand Jury members worked night and day for 10 days in session to hand down the presentments against our arrogant Usurper.

It’s defintely a world’s record and Obama now owns it — the biggest Grand Jury vote in history charging “the ONE” with Fraud and Treason.

Many Obots out there think we are crazy. The Patriots will say, “so who cares what the followers of deception think?”

The people that truly believe and “can read” the United States Constitution know without a doubt the prez is as illegal as a 3 dollar bill. Those that blindly follow BO are only hoping he never gets caught as the road to deception will truly judge all those in the end.

Now that the Presentments are finished and posted for our members to download, what are we going to do next?

Mack Ellis and Carl Swensson are headed to Washington DC and should be there on Monday. They have a number of stops to make to serve the Super Jury Presentments on various people who are complicit in helping Obama stay in office.

The White House advisors, Eric Holder, the DC Attorney General, the Offices of Pelosi and Reid, the Offices of the Supreme Court and certain other powerful and undisclosed recipients are on the list.

Will these liberal government officials care? Some will laugh, most will hide! Will it make a difference to those of us who can’t stand the thought that our leaders in Congress and the Administration lie, cheat and steal to retain their power. Like I said previously, “the road to deception will judge these people in times to come.”

God has a plan for all of us. You either live your life in honor of God and his laws or you choose the other side. It is really very simple. All the retoric in the world will not change this supreme truth.................