Bids soar past $15,000 for alleged proof of president's Kenyan birth. 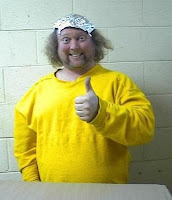 But now a fifth posting promising "the truth" about Obama's birth, this time in the form of a written dissertation – sidestepping the restriction against auctioning government documents – has remained on the site for hours; and the top bid has skyrocketed past $15,000.

As WND reported, the eBay seller, known to the public only as "colmado_naranja," alleged that he obtained President Obama's birth certificate while traveling in Africa. He explained that the Kenyan natives boasted that Barack Obama II was born in the Coast Provincial Hospital in Mombasa at 7:24 p.m. on Aug. 4, 1961, which correlates with speculation that has existed over President Obama's birthplace since even prior to his election.

In each of the seller's first four attempts at auctioning the "evidence" of his claim, which would presumably render Barack Obama ineligible to serve as president for violating the "natural born citizen" clause, colmado_naranja mentioned an alleged Kenyan birth certificate that "proved" his story.........

There is also $10 million waiting in a Kenyan bank account for those who respond to the email.
Posted by TOTAL KAOS at 3:34 PM

How you tell when politician lie?