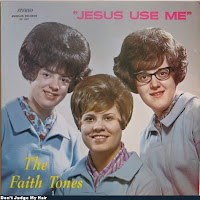 1) You believe George W. Bush’s redistribution of middle-class tax cuts to the top 1% of tax-payers was good for America, but Obama’s plan to return it to the middle class is ‘socialism.’

3) You believe tax cuts for billionaires is a great idea, yet you wonder why the economy has stalled, your job just got outsourced to India, and oil company executives receive $400,000,000.00 retirement packages.

4) You believe the surge worked because the violence in Iraq is back to 2006 levels, which is only horrible, compared to what it was in 2007; intolerable. Besides, Brit Hume said so.

5) You think trial lawyers are harmful to America, yet you support prosecuting some guy in Muncie Indiana who burned his 99¢ American flag that was made in China by forced child labor.

6) You’re all for the ‘rule of law’ when it’s applied to Bill Clinton for lying about his infidelity, but not for prosecuting Karl Rove and Scooter Libby for committing treason.

7) You think George W. Bush is actually a really smart guy, but his folksy manner just makes him seem dumber than he really is.

8) You believe that those privileged from birth achieve success all on their own, and that those who are born to poverty and never have opportunities for advancement, got what they deserved.

9) You believe Ronald Reagan was a great president who had complete control of all aspects of government, but the Iran-Contra Affair was an insignificant scandal that went on without his knowledge.

10) You believe Democrats tax and spend, but George W. Bush was a fiscal conservative.

11) You believe Oliver North, who was CONVICTED of perjury, obstruction of justice, destroying evidence and accepting bribes, is a patriot. But John Kerry, who saved a man’s life while under enemy fire in Vietnam is a coward.

12) You believe George W. Bush kept us safe from terror, and the failure to prevent the 9/11 attacks were Clinton’s fault.

14) You still believe Saddam had truckloads of WMDs, and that he somehow managed to sneak them into Syria, right under our noses.

15) You believe Terri Schiavo was sentient all along, and Bill Frist had the ability to diagnose her condition by watching a 5 second video of her sleeping.

16) You’re in favor of stronger prison sentences for drug users, yet your favorite radio personality is Rush Limbaugh.

17) You complain about having to press 1 for English, yet you hire undocumented workers to mow your lawn because they’re cheaper than hiring the kid next door.

18) Homosexuality is abhorrent to you, except when a Republican senator, the president of the National Association of Evangelicals, and a planted White House journalist get caught having sexual affairs with gay men. Then you suddenly feel sorry for them.

19) The war in Iraq makes perfect sense to you, but any suggestion by Barack Obama that we target al Qaeda specifically is ‘dangerous and reckless.’

20) You don’t mind that president Bush tortured men who were never charged with a crime, yet you’re horrified by the wrath of al Qaeda when they capture one of our guys.

21) You believe the 1/10 of 1% of scientists who claim global warming is a hoax, and reject the 99.9% who say it’s real, because Sean Hannity and his friends in the oil industry have convinced you that science is a part of a greater liberal conspiracy.

22) You believe patriotism means you should support your government right or wrong … unless a Democrat’s in power, then it’s your patriotic duty to call him a closet Muslim, challenge his birth certificate, expose his sex life and impeach him.

23) You’re proud of your party’s ‘culture of life.’ Yet you support the death penalty for minors, you believe 600,000 dead Iraqis is justified because one of them was Saddam Hussein, and you oppose confronting the genocide in Darfur because they don’t have oil.

24) You support prayer in school, as long as your kids aren’t subjected to Muslim prayers.

25) You think Darwin’s theory of evolution is a loony fairy tale, and mankind actually began with two naked teenagers, a magic apple and a talking snake.

26) You think $35 billion spent on health care for children is a waste of taxpayer’s money, but $1.7 trillion spent on a catastrophic war that has isolated us from our allies, decimated our economy and made us less safe was money well spent.

28) You believe Bill Clinton was an immoral cad, but Newt Gingrich and Henry Hyde were faithful husbands (and Larry Craig just has a wide stance).

29) You fervently defend the Constitution, but when president Bush got caught monitoring 300 million phones without a warrant, politicizing our justice system, hyping evidence for going to war and pardoning a convicted perjurer who just happened to be on his staff, then it’s okay, because he was ‘protecting America.’

30) You were outraged when a gallon of gasoline went from $1.29 to $1.40 during the two terms of the Clinton presidency, but you didn’t seem to mind when prices tripled under George W. Bush, the “oil man.”

31) You were furious when Bill Clinton pardoned international commodities trader Marc Rich, who was convicted of tax evasion, but applauded when George W. Bush exonerated Scooter Libby for obstructing justice to protect Dick Cheney from a treason indictment.

32) With no evidence whatsoever, you complained of ‘voter fraud,’ and demanded that thousands of blacks be scrubbed from voting lists during the 2004 election in Ohio, yet when Rush Limbaugh asked his audience to illegally claim to be Democrats and vote for Hillary Clinton during the Ohio Primary in February to “stir up trouble,” a FELONY, you were okay with that.

33) You believe Barack Obama should be held accountable for every sermon that Jeremiah Wright ever gave, but John McCain, who sought the endorsement of anti-Semitic, xenophobic, openly racist and homophobic pastors should be given a pass.

34) You believe Barack Obama is either a secret Muslim, was actually born in Kenya, and his parents forged a fake birth certificate when he was born – just in case he should ever run for president, or that his father’s nationality disqualifies his son from being president, all because you read that on the Internet.

35) You believe the 8 consecutive years of prosperity and strong economic growth from 1993 – 2001 was due to the work of Ronald Reagan and George H.W. Bush, but today’s recession is all Clinton’s and Obama’s fault.

37) You still believe Barack Obama has somehow succeeded in fooling every government and independent examination with his “obviously Photoshopped” documents. Instead, you rely on Internet gossip, WorldNetDaily and Jerome Corsi as your sources for “truth.”

39) You believe that we should get out of Afghanistan because Obama is “nation building,” yet for eight straight years of Bush’s bumbling incompetence there, you kept mum. Therefore, attacking Iraq makes sense, even though they never threatened us, but finishing off the job of finding Osama bin Laden; the terrorist who killed 3,000 Americans — Bush’s original task — is a dumb idea.

41) You believe that Obama’s $3.6 trillion budget is an outrage, but never once complained that George Bush turned Bill Clinton’s $300 billion surplus into a $1.3 trillion deficit. And it never once occurred to you that Bush deliberately omitted the Iraq and Afghanistan wars from those statistics, which means Bush’s TRUE deficit was $3.1 trillion.

42) You supported Gov. Sarah Palin, partly because you believed she kept a good Christian home. This, despite the fact that her seventeen year old unmarried daughter was knocked up, her son was accused of vandalizing 44 school buses (cutting the brake lines of school buses – HELLO!!?) and was given the choice of going to jail or join the military, and Palin herself was found guilty of abusing the power of her office. But Barack Obama can’t possibly be a true Christian, because his father was a Muslim, and his middle name is Hussein. (Besides, he’s black, and everybody knows that Jesus was a blond haired blue eyed white man.)

43) You believe the only solution to gun violence is to make sure everybody is armed to the teeth. That way, when some crazy person goes on a killing spree, right-thinking people will take out the killer, and tranquility will prevail throughout the land.

44) You believe the mainstream news anchors are crazy, biased and filled with hate, but Glenn Beck and Sean Hannity are rational, accurate and informative.

45) You defend Rush Limbaugh’s right to wish for Obama to fail, and therefore, the failure of our republic, yet you call Democrats the “blame America first crowd.”

47) You believe the failure of the US automobile industry is primarily the fault of the unions, and not because management of the three corporations insisted on producing vehicles that nobody wanted. And you’re angry with the $28.00 per hour average wage of the work force, but you believe that the multimillion dollar salaries of the men who bankrupted the industry are perfectly reasonable.

48) You believe Barack Obama is a “narcissistic megalomaniac,” because you heard Glenn Beck call him that once, but Beck himself is a humble man, concerned only for your welfare (brought to you by Goldline!).

49) You believe anybody who doesn’t subscribe to Orly Taitz’ birther movement is a RINO, and those who do, are carrying the torch of Reaganism.

50) You think this list is mean-spirited and biased, and even though you privately acknowledge to yourself that it’s all true, you believe the Democrats are just as bad. Here’s a bulletin: Nobody has ever been this bad.