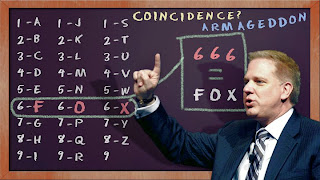 The possibility that Glenn Beck will exit the Fox News Channel at the end of the year has prompted a big question in media circles: if he leaves, how will he bring his considerable audience with him?

Two of the options Mr. Beck has contemplated, according to people who have spoken about it with him, are a partial or wholesale takeover of a cable channel, or an expansion of his subscription video service on the Web.

Reports this week that Joel Cheatwood, a senior Fox News executive, would soon join Mr. Beck’s growing media company, Mercury Radio Arts, were the latest indication that Mr. Beck intended to leave Fox, a unit of the News Corporation, when his contract expired at the end of this year.

Notably, Mr. Beck’s company has been staffing up — making Web shows, some of which have little or nothing to do with Mr. Beck, and charging a monthly subscription for access to the shows.........

Posted by kmmcshea@gmail.com at 6:42 AM