A Heartbeat Away? McCain Goes With Beauty Queen 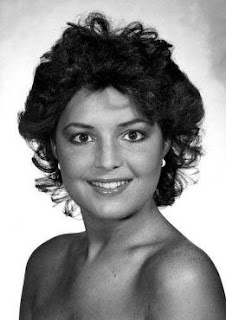 Gov. Sarah Palin placed the state's director of boards and commissions on paid administrative leave Tuesday while an investigation continues into whether she abused her power when firing former public safety commissioner Walt Monegan.

Frank Bailey was one of several officials who placed a call to the Alaska State Troopers questioning the employment of an officer who went through a messy divorce with Palin's sister.

Monegan has said he felt pressure to fire the trooper, Mike Wooten.

Palin denies firing Monegan because he refused to dismiss the trooper.

But last week, she acknowledged that at least two dozen calls were made by staff members to Public Safety Department officials questioning Wooten's employment, including one by Bailey that was retained on tape.

The Palin family had accused Wooten of illegal hunting, firing a Taser at his 11-year-old stepson and threatening a family member. The allegations led to an internal investigation, which occurred before Sarah Palin ran for governor.

Sarah Palin, the outspoken chairwoman of the Alaska Oil and Gas Conservation Commission, is stepping down from her job, she said Friday.
Her decision was fueled partly by the flap over another commissioner accused of performing Republican Party work on state time and a state law that requires her to be silent about it, Palin said. The resignation is effective Tuesday.

It comes two months after former commissioner Randy Ruedrich, who is also the state Republican Party chairman, abruptly resigned from his $118,000-per-year job amid allegations he was performing GOP work on state time.

As ethics supervisor, Palin was outspoken in calling for Ruedrich to leave and had threatened to resign over the matter herself.

Sarah Palin on the threats and dangers of the 21st century world we live in...

No issue stance yet recorded by OnTheIssues.org.

Posted by kmmcshea@gmail.com at 7:42 AM