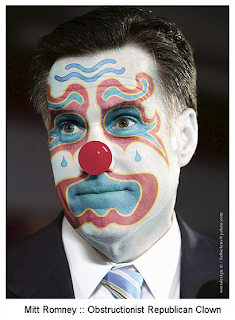 
Vice President Joe Biden reiterated the President’s bottom-line election-year pitch on Thursday: “Osama bin Laden is dead and General Motors is alive.” The opposite might be true, Biden said, if Mitt Romney had been president.
But top Romney adviser Eric Fehrnstrom is also giving credit to his candidate for the auto industry’s success. At a Saturday forum hosted by the Washington Post, Fehrnstrom said that Obama’s auto industry rescue was successful because it was exactly what Romney himself proposed.
“[Romney’s] position on the bailout was exactly what President Obama followed,” Fehrnstrom said. “He said, ‘If you want to save the auto industry, just don’t write them a check. That will seal their doom. What they need to do is go through a managed bankruptcy process.’”
“Consider that the crown jewel,” Fehrnstrom said. “The only economic success that President Obama has had is because he followed Mitt Romney’s advice.”
Romney’s position on the auto industry bailout is notoriously vague. His more recent declarations on the bailout have portrayed it as a single event in 2009, rather than what it was: a rolling series of emergency measures, many of which he opposed, during the final months of the Bush presidency and the initial months of the Obama administration which culminated in a managed bankruptcy process.
In 2008, Romney wrote a New York Times op-ed titled “Let Detroit Go Bankrupt” in which he argued for a “managed bankruptcy” to help turn the industry around. “The federal government should provide guarantees for post-bankruptcy financing and assure car buyers that their warranties are not at risk,” he wrote.
Notably, Romney was opposed to direct government financing of the industry at a time when the capital markets were reeling and private financing had dried up. The dispute over government versus private financing of the bailout remains a key underlying difference between Romney and Obama’s preferred bailout measures.
When the Obama administration did force a managed bankruptcy process, Romney praised the President, calling it the “course I recommended a number of months ago” in a 2009 speech.
When the GOP presidential primary reached Michigan, the heart of the auto industry, Romney was stuck between a rock and a hard place. He had to distinguish himself from the President while persuading Michigan voters he wouldn’t have left the American auto industry — and their livelihoods — to fail. In February, he focused his criticism of the bailout on unions, penning a Detroit News op-ed in which he called the bailout “crony capitalism on a grand scale.” Romney was criticized by Michigan papers — including in editorials endorsing him — for his position on the bailout. The managed bankruptcy process would never have worked without government money behind it, the editorials reasoned.
Now, as the presumptive nominee, Romney seems to be backtracking to a version of his 2009 take on the bailout. And Fehrnstrom does have a point in that Obama did indeed seek a managed bankruptcy — though it’s weakened by Romney’s own vagueness on how to finance the process and the fact that he has changed his tune several times.
The Obama campaign, for its part, is not about to share credit with Romney. Obama campaign spokesperson Lis Smith told the Post that despite Fehrnstrom’s comments, Romney would have let the industry fail. “GM and Chrysler are in existence, creating jobs, and posting some of their most profitable quarters in history because President Obama bet on American workers,” Smith said. “If Mitt Romney had had his way, the American auto industry and the millions of jobs it supports would cease to exist.”
Posted by TOTAL KAOS at 8:02 PM