Gingrich Will Run An ‘Aggressive Write-In Campaign’ In Virginia Primaries, Where Write-Ins Are Illegal 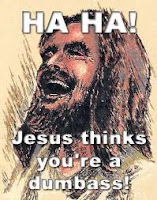 There won’t be any homefield advantage for Newt Gingrich come Super Tuesday, when Virginia holds its presidential primary. Gingrich, who actually lives in McLean, Virginia, will not be listed on the ballot in his home state because his campaign did not collect the minimum signatures to be a contender.

The Republican Party of Virginia announced late last night that only former Massachussetts Gov. Mitt Romney and Rep. Ron Paul (R-TX) qualified to be listed. But Gingrich’s notoriously troubled campaign did not collect enough valid signatures to put him over the 10,000 signature mark required by state law, although Gingrich claimed he was safely over the threshold the other day. (Virginia laws also requires 400 signatures from each of the state’s 11 congressional districts.)

Responding to the blow just days before the primary season begins, Gingrich campaign director Michael Krull blamed a “failed system” and announced the camp’s next tactic — a write-in campaign:

Only a failed system excludes four out of the six major candidates seeking access to the ballot. Voters deserve the right to vote for any top contender, especially leading candidates. We will work with the Republican Party of Virginia to pursue an aggressive write-in campaign to make sure that all the voters of Virginia are able to vote for the candidate of their choice.

There is a small problem with this strategy, though. Write-ins for primary elections are illegal, according to Virginia state code. Thus, it appears that if Gingrich heads to the polls in his home state’s primaries on March 6, he would have to vote for someone else.