Cain: China on Verge of Developing a Nuclear Weapon 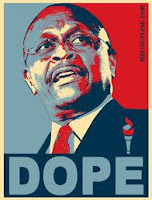 Herman Cain may have some surprises at his first national security briefings should he win the presidency.

In an interview with PBS, Cain appears to suggest that Americans should consider China dangerous in part because they’re pursuing “nuclear capability.” In fact, China tested its first nuclear device in 1964 and has had a stockpile of warheads for decades.

HERMAN CAIN: I do view China as a potential military threat to the United States.

JUDY WOODRUFF: And what could you do as president to head that off?

HERMAN CAIN: My China strategy is quite simply outgrow China. It gets back to economics. China has a $6 trillion economy and they’re growing at approximately 10 percent. We have a $14 trillion economy — much bigger — but we’re growing at an anemic 1.5, 1.6 percent. When we get our economy growing back at the rate of 5 or 6 percent that it has the ability to do, we will outgrow China.

And secondly, we already have superiority in terms of our military capability, and I plan to get away from making cutting our defense a priority and make investing in our military capability a priority, going back to my statement: peace through strength and clarity. So yes they’re a military threat. They’ve indicated that they’re trying to develop nuclear capability and they want to develop more aircraft carriers like we have. So yes, we have to consider them a military threat......

Posted by kmmcshea@gmail.com at 9:33 PM