GA Woman To State Judiciary Committee: DoD Implanted A Microchip Inside Me 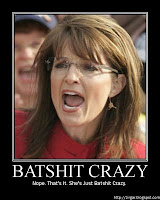 You debate an odd bill, you hear some odd testimony. But this...

The Georgia House Judiciary Committee took up a bill last week that would "prohibit requiring a person to be implanted with a microchip," and would make violating the ban a misdemeanor. According to a report in the Atlanta Journal-Constitution, one exchange from the hearing could have been ripped right from Dr. Strangelove.

The Journal-Constitution reports that things started getting weird when a woman who described herself as a resident of DeKalb County told the committee: "I'm also one of the people in Georgia who has a microchip." Apparently no lawmaker took this as a warning sign, and she was allowed to continue her testimony.

"Microchips are like little beepers," the woman told the committee. "Just imagine, if you will, having a beeper in your rectum or genital area, the most sensitive area of your body. And your beeper numbers displayed on billboards throughout the city. All done without your permission."

"Ma'am, did you say you have a microchip?" state Rep. Tom Weldon (R) asked the woman.

"Yes, I do. This microchip was put in my vaginal-rectum area," she replied.

No one laughed. State Rep. Wendell Willard (R), chairman of the House Judiciary Committee, asked her who had implanted the chip.

"The Department of Defense," she said.

Willard thanked the woman for her input, and the committee later approved the bill.