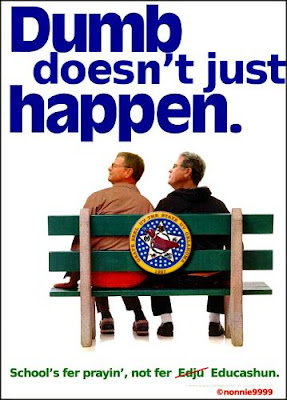 Father of filmmaker behind ACORN videos has backlog of controversial remarks
The Washington Post recently reported that according to Young America's Foundation director Ron Robinson, Hannah Giles, who helped create the controversial ACORN videos, "may have been inspired to some extent" by the work of her father, Townhall.com columnist Doug Giles -- who has frequently uttered extremist, radical, or ridiculous remarks while attacking the Obama administration and progressives. Notably, Giles stated with regard to health care reform that "thinking, unbeholden people aren't buying Barack's crack," suggested President Obama is "treat[ing] us like Ike Turner did Tina," and called Obama's outreach to Christians a "booty call." Read More

NY Times disappears Fox's history of attacking Obama as "racist" and a fascist
In a September 21 article, The New York Times reported that President Obama "gave five back-to-back television interviews broadcast on Sunday," but engaged in an act of "Medici vengeance" and showed "a rare sign of frustration, and payback" by not "speak[ing] to 'Fox News Sunday.' " The Times reported that "the presidential slight" occurred because "Fox did not broadcast Mr. Obama's health care speech to Congress on Sept. 9," but the Times did not address that Fox News hosts have maligned Obama as a "racist" and repeatedly compared him to Hitler. Read More

Lipson's call for independent prosecutor to investigate ACORN rests on baseless claims
In a September 20 op-ed in the Chicago Tribune, University of Chicago political science professor Charles Lipson called for an independent prosecutor to investigate ACORN by baselessly arguing that Attorney General Eric Holder was incapable of conducting a "fair-minded, independent" investigation into the organization, and that Holder "compounded these concerns" because cases against Gov. Bill Richardson (D-NM) and the New Black Panther Party were dropped. But Lipson cited no evidence to support the claim that Holder influenced either decision. Read More

Emerging right-wing talking point: Special prosecutor needed to investigate ACORN
University of Chicago political science professor Charles Lipson and The Wall Street Journal's James Taranto, each of whom has previously pushed conservative talking points, have recently suggested that Attorney General Eric Holder should appoint an independent special prosecutor to investigate ACORN in the wake of the recently released videos exposing improper behavior at several ACORN offices. Glenn Beck and Rush Limbaugh, meanwhile, have suggested that an investigation of ACORN by the Justice Department will not be valid because of the group's ties to Democrats and the Obama administration. Read More

Breitbart now really stretching to link White House with ACORN
Andrew Breitbart's website BigGovernment.com, which pushed the undercover ACORN videos, is continuing its quest "to wake-up America to Obama Administration relationships with ACORN" -- no matter how insignificant those relationships are. Breitbart's latest evidence of "relationships" consist of a White House employee who previously worked for an organization that has had a "partnership" with ACORN and a White House website that redirects to a volunteer database containing opportunities to volunteer with ACORN. Read More