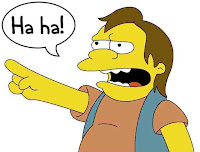 Sarah Palin may have finally proved that she does read newspapers. But one reporter seems to be challenging if she actually understands what she reads.

In a speech to a trade-association conference in Phoenix Monday, Palin asserted that food prices "have risen significantly over the past year or so."

The next day, The Wall Street Journal's Sudeep Reddy pointed out that inflation of food prices had actually remained historically low.

The consumer price index’s measure of food and beverages for the first nine months of this year showed average annual inflation of less than 0.6%, the slowest pace on record (since the Labor Department started keeping this measure in 1968). Even if you pick a single snapshot — say, September’s year-over-year increase in prices — that was just 1.4%, far better than the 6% annual increase for food prices recorded in September 2008.

"Now I realize I'm just a former governor and current housewife from Alaska, but even humble folks like me can read the newspaper. I'm surprised a prestigious reporter for the Wall Street Journal doesn't," Palin said.

"Our post on Monday examined the assertion that grocery prices 'have risen significantly over the past year or so.' That view is not supported by the facts," he wrote.

"It does indeed report that supermarkets and restaurants are facing cost pressures that could push their retail prices higher -- but it hasn't happened yet on a large scale."

But readers of Palin's Facebook page may be oblivious to the fact that the Journal article that Palin referenced didn't back up her assertion. Slate's John Dickerson reported that his comments were repeatedly deleted from her page.

"I made this point in a few sentences and posted them on Palin's Facebook page in the space allotted for readers to participate in the conversations she starts," Dickerson wrote. "I wanted to see if any of the other participants would respond, as they sometimes do. They didn't—because within two minutes, my post had been deleted from the steady stream of acclaim from Palin fans congratulating her for tweaking the media and urging her to run for president."

"It's the first time I've been kicked out of a place of worship," he said.