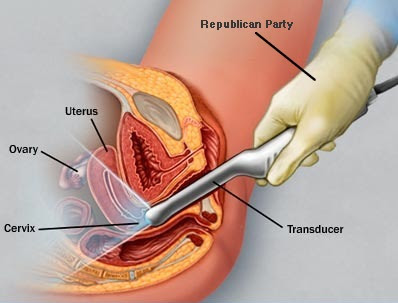 That's the big thing that progressives are trying to say, that it's rape and so on and so forth. And in fact, this big battle that I've, uh, totally won with Keith Olbermann by the way, like, not only won once but twice and three times... uh, there were individuals saying, [high voice] Oh what about the Virginia rape? The rapes that, the forced rapes of women who are pregnant?" What!?Wait a minute, they had no problem having similar to a trans-vaginal procedure when they engaged in the act that resulted in their pregnancy.
Posted by kmmcshea@gmail.com at 5:20 PM